5 Benefits Of DNA Testing You Should Know

5 Benefits Of DNA Testing You Should Know 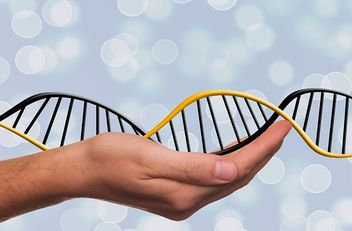 What is a DNA test?

A DNA test is a test that is used to determine an individual’s identity by looking at their DNA. DNA is a molecule that contains the genetic code for a person. This code is unique to each individual and can be used to identify a person. DNA tests are used in a variety of ways, including in forensics, medicine, and ancestry.

Top 5 the Benefits of DNA Testing

DNA testing has become increasingly popular in recent years, as the technology has become more accessible and the tests themselves have become more affordable. There are a number of reasons why people might choose to undergo DNA testing, including:

2. To learn more about your ancestry: DNA testing can give you insights into your ancestry that you might not be able to obtain through family history records alone.

5. To help solve crimes: DNA evidence can be extremely helpful in solving crimes, and DNA testing can be used to identify potential suspects.

What Are the Consequences of DNA Testing?

What Does DNA Testing Predict?

DNA testing can predict many things about a person, including their likelihood of developing certain diseases, their physical appearance, and even their personality traits. While the accuracy of DNA tests varies depending on the specific test and the company that provides it, many people find them to be useful tools in making decisions about their health and their future.

What Are the Consequences of DNA Testing?